skip to main | skip to sidebar

Illegal Operation? Am I Under Arrest?

Illegal Operation? Am I Under Arrest?

"[Something] has performed an illegal operation."

Everyone has seen this popular (and I do mean popular as in frequent) Windows error. What a terrible name for an error. People actually think they have broken the law! Microsoft, why did you go with this syntax? Was there something legal about the code to begin with?

It just goes to show what one of the most litagated companies always has on its mind.

Sure, I don't think I'm actually holding a furry rodent to move the cursor across my screen and when someone says his computer has a bug, I don't reach for a can of Raid. But those are obvious, cute computer names. Illegal operation is just wrong. It will never catch on. They are just plain errors or exceptions.

"WARNING: You have just killed your mother. Do you wish to reboot?"

Why are the subtitles in The Passion Of The Christ in Comic font?
Posted by the lock at 09:35

A friend of mine and his wife just had their first child, a boy. Here's what he had say about his son being born:


"Take your highest high, and then throw it away....because it won't compare"


I'll see for myself in about four months.
Posted by the lock at 14:21

Ass Out Of You And Me

Ass Out Of You And Me

I have been accused many times in the past of turning a blind eye to a situation or I have been incorrectly labeled in a certain ideology. When this happens, I have essentially been judged by that accuser. The problem is, I think I have been judged unfarily because I don't always see it that way. Sometimes they're right but sometimes not and I think I have been unfairly judged by people who don't want to take the time to understand the complexity of something and truly know what the situation is.

So what is it? What am I doing (or not doing)? I am refusing to make an assumption about something until all the facts are in. And here's the shocker; to me, it's not even important if the facts never come in. I'm content and things are safer as long as I don't make the assumption.

I don't understand why is it so important to people to make assumptions? You know what that is called, don't you? Jumping to conclusions. When has that ever been a good thing? If you're jumping to a certain position, that means you are leaping over something, passing objects by without even a glance. If you jump to conclusions, you're in a hurry or your lazy or ignorance tells you you already have all the facts so make your decision now. I lose a little respect for these people, but I know it's a common behavior, so since you all do it (including me but to a lot smaller degree than anyone I know), I can deal with it. But you'll quickly fall off my 'intelligent people' list everytime you do this to me, just so you know.

So what's the solution? If you're ignorant of a situation, why not just wait? Why draw a conclusion? Is your report to your Professor due? Is your editor jumping on you to get this story in before the presses roll? Is your C.O. preparing his plan of attack and needs your intelligence right away? If you're under a deadline, by all means, make your best guess. Otherwise, just enjoy it before you judge it. In fact, never judge it.

Do some homework before you open your mouth, or better yet, don't open it.

Making a guess (and making it clear you're only guessing) is not the same as assuming. Feel free to be as prophetic as you want. It's ok if you stink at it. You put your reputation on the line and that's what it'll cost you if you're wrong. Judging someone else though, brings into it more than just your reputation and that's where the trouble begins.

I am definitely a Libra to think this way. The balanced view. I don't happen to believe in astrology, it just seems to be a coincidence that I live my sign to the tee. I don't dare assume I am a Libra in every sense of the term though.
Posted by the lock at 10:32

Second, three entertainment pieces came out yesterday that I want.

2) Mr. Show Season 4 which will cap my Mr. Show collection. The show lived too brief a life.

3) Van Halen: Best of Both Worlds. I don't feel tardy.

I have all the answers. Do you have the patience?
Posted by the lock at 11:09

I've been reading this really fascinating book called The Da Vinci Code. I didn't think I'd like it because I usually don't read anything that isn't Dune related or at least Scifi, but I gave it a try when my neighbor handed it to me and now I can't put it down - well obivously I can at some point but I do have to work and post blog entries.

The story is very interesting, especially for a geek like me who likes nothing more than to keep a storehouse of useless trivia in my brain. This book delivers and cites the origins of many well known symbols and phrases in our society.

I'm about half way through it, but I'd recommend it. It has a fictional story in a non-fiction location, so there is a plot at work to keep you interested in case you were thinking it was just pages and pages of trivia crap.

My title for this entry is an anagram from the book. See if you can figure it out.

First Pictures Of The Fruit Of My Loins

First Pictures Of The Fruit Of My Loins 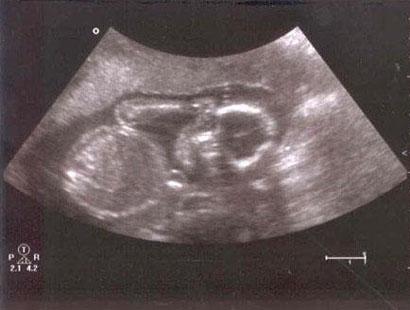 That's little Lockette, my future daughter. I guess I won't get to call my child Tumor after all.

Fruit of my loins. What an odd phrase. Why not Veggies? Veggie of my loins? The lesson here is don't be foodist.
Posted by the lock at 15:55

"Men are from Mars. Women are from Venus. Kids are from Uranus."
-- Greg Morton
Posted by the lock at 11:46

You can get 92 English words from the word planets.

Some fun. Controversial of course!

Some fun. Controversial of course! 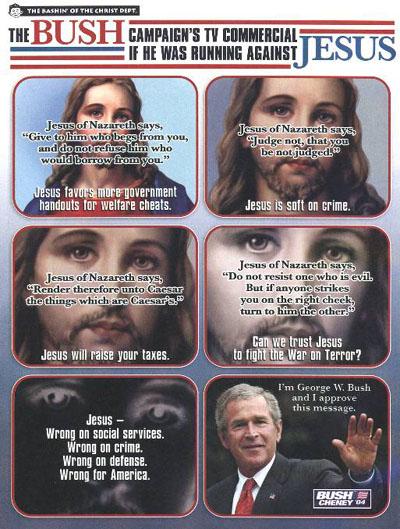 What a hectic week. I've never been so busy with work as I am this month and there is no end in sight.

Because of my secret security clearance (necessary for work when working for FAA), I have a couple of emails in my corporate email that have Word attachments. These particular documents are password protected and if I want to read them, I am to call HQ to get the passwords over the phone so I can open them up and peruse the black ops contents. And if I dare print them off, I am told that they are not to leave my sight and if I want to part ways with the secret documents, I have been instructed to shred or burn them. Yikes!

In my personal life which is losing some me time to work-me, Mrs. Lock and I got our first ultrasound on Tuesday. Want to know what we're having? Too bad. Too many people I know read this. :) I can tell you - it's a baby.

More when I can find the time.

Wifey is in month five in the development of Lock Jr. Our first ultrasound is next week which is our first attempt at finding out the child's gender (or genders if it's a hermaphrodite). We're thinking of naming the kid Tumor (if it's a boy of course. You can't call a girl that!) because the properties between that of a fetus and tumor aren't very different. Ok, I'm thinking of naming the child Tumor. Mrs. Lock has already commanded that that's not going to happen.

Many of the plethora of pregnancy books we have lying around the house state that the child has all of its organs already and is very much open to development in hearing audio sounds outside of the womb so I've been reading chapters from C.S. Lewis's The Chronicles of Narnia (my favorite childhood series) to my wife's belly every night. So little Tumor is being educated in the ways of transdimensional wardrobes, witches, and talking lions (Aslan rules!).

Supposedly it has its eyes, but locked up in that safety deposit box called the uterus, what is there to see?

It'll be nice to know the gender so we can quit calling it 'it.'

#1 Movie at the box office:
Hero

Last movie I saw at the theater:
I, Robot

Last movie(s) I saw not at the theater:
Bubba Hotep
Dreamcatcher
Shanghai Knights

CDs I'm listening to:
The Millennium Collection by Johnny Cash
Thirteenth Step by A Perfect Circle

Why do people have to fart in the stairwell? You know that stuff lingers. It's got nowhere to go but up and down and you're ten seconds from being outdoors where there's breeze and open air. Is it so bad you can't hold it in for ten seconds? Maybe that's why you were heading outdoors - you felt an emergency fart coming on but you couldn't quite make it. If that were the case, I'm wondering, after your gas explosion, did you turn around and go back to work realzing it was too late? That mission was not accomplished? Or did you continue your way out the door thinking, "I'd hate to be the guy coming up the stairs in the next five minutes."